A Look At Reiki 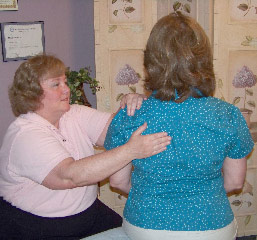 Reiki is a hands-on healing technique with its roots in ancient Tibet. Reiki activates the body’s own natural healing mechanisms by opening blockages in the energetic system promoting healing, balance and wholeness for body, mind, emotions and spirit. In addition to healing, Reiki also relieves stress and aids in relaxation.

Dr. Mikao Usui, born in Japan in 1865 and died in 1926, rediscovered Reiki. Dr. Usui studied ancient texts seeking a way to heal the physical body and found a formula for doing so in the sutras. He received his initiation to Reiki during a meditation. Dr. Usui taught Dr. Chujiro Hayashi and Dr. Hayashi taught Mrs. Hawayo Takata. Mrs. Takata is credited with bringing Reiki to the Western World.

Reiki is performed by a practitioner who has been attuned by a Reiki Master to any of the three levels of Reiki. The practitioner’s hands are placed on or above the body at or near the body’s major energy centers called chakras. These energy centers correspond with the body’s major endocrine glands. Typically a Reiki treatment feels like a warm glow and after a session some have reported they felt like they had a full body massage even though no massage techniques are involved. Occasionally a person receiving a treatment may experience some initial discomfort. This happens because the body has released stored toxins. After a short period of time, the person feels better. Whatever is experienced during and after the sessions is exactly what the person needs at that particular time. Reiki always promotes the person’s highest good. 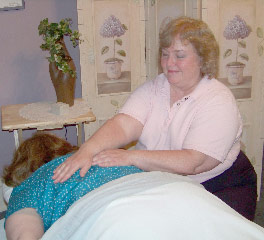 I would like to extend my sincerest thanks to each of my clients and friends who have supported
my massage therapy and Reiki practice over the last 17+ years. It is with deep regret that I have
closed the massage therapy part of my business due to Covid-19. I’m currently working on
reinventing my Reiki practice so that we can all remain safe in these unprecedented times.
Please check back here on my website for future updates. Wishing each of you life’s best!

Reiki is a hands-on healing technique with it roots in ancient Tibet. Reiki activates the body's own natural healing mechanisms by opening blockages. Read More!

"I met Marilyn when I used a gift certificate for her massage services. After a few routine visits I've found this therapy to be a non-negotiable portion of my lifestyle." Read More!

Check out our special internet only offers! Receive a discounted price or service provided by Reiki Massage Lancaster. Click here to read more!